You are here: Home / General News / Land of the Rising Fun – Part 1 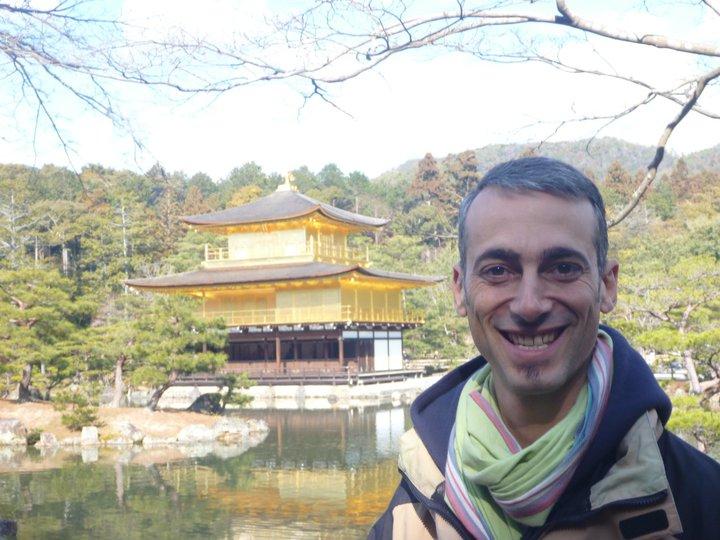 I love Japan. As a teenager I was fascinated by the glimpses of culture that we could get. The story of Monkey and Tripitaka on their quest for enlightenment. The cartoons on BBC TV. I knew that I wanted to go there and even applied for a scholarship for the JET scheme to teach English in Japan. It took a couple of decades to finally get there. I was teaching in a High School in Australia and the recently elected Prime Minister, Kevin Rudd, had created scholarships for those wanting to teach Asian languages. Kevin Rudd speaks fluent Mandarin and knows full well the benefits of having access to other cultures through language. I applied for and got the scholarship. So began many months of toiling away in front of text books and dictionaries, trying to get my head around a language that was so vastly different from the European languages I had previously learned. I didn’t mind the hours of study, it was opening my eyes to how the Japanese perceive the world, its simplicity and its incredible complexity. The Japanese language has only to tenses – the past and the non-past. I thought that would make the grammar really simple to learn. Sure, in a way it does. However, in order to express the everyday experiences of life some incredible grammatical gymnastics are required. Also, I couldn’t hear it in my head yet, it was all still abstract concepts. It was only once I got to Japan for a month of exploring and studying that I could finally hear ‘the song’ of Japanese. Thanks to my studies and a Japanese friend who had agreed to tutor me, I arrived in Japan with enough basics to get me around Tokyo and on to a bullet train to the mountains. The evening I landed in Tokyo I went straight to the Tokyo tower. From its heights – taller than the Eiffel Tower – I could see out across the whole city. More people live in Tokyo than in the whole of Australia. Amazing. The next day I flew in the bullet train across the dry brown Tokyo plain, through a few tunnels and BAM – instant winter wonderland. the Japanese Alps have metres of powdery snow. Everything seemed so bright and alive. I was picked up at the station by a kind gentleman who took me to his Ryokan, traditional guest house. I spent the next week sleeping on tatami mats, eating amazing food and skiing all day. Japanese friends from Australia happened to be staying in the same area and they were invaluable guides in the first few days, advising me how to get cheap lift passes (from the 7/11) and how to follow directions. I celebrated New Year with the Ryokan owners and the other guests. As an Australian I was expected to drink sakÃ© with them and chew on the dried squid they brought out as a snack. After two glasses and a couple of chews on the dried calamari ring had sent my head spinning I said I was going outside to watch the fireworks. Lying on fresh snow is a great way to recover one’s senses… For New Year’s Day I learned it is traditional to visit the Buddhist temple. In Japan Shinto and Buddhism operate side by side. Shinto is for the everyday – asking certain Gods to help you pass an exam or bless your new car. Buddhism is for the other side of life, honouring the dead and preserving their memory. I walked through the pine forest to reach the temple. The priest greeted me and bade me sit with him as he received the visiting villagers. I had met the priest a few days earlier. I had gone to the temple to practice Zazen – meditation. The temple was unlocked so I had found a comfy spot in one of the many large wooden-floored rooms and begun my communion with the divine. After a while I heard a person moving around, the priest was surprised to see me sitting in the middle of the room, especially when I stood up to my full height of 6’4″. He took me to meet his wife and children. They had spent their honeymoon in Australia, the Gold Coast. HIs wife had some basic English and with my basic Japanese we managed to share something of our lives. The gifts I had brought for the priest on New Year’s Day were a couple of cuddly toys for his children. A koala and a platypus. The priest recognised the koala but was quite nonplussed by the platypus with its duck shaped bill. When I added the Japanese word “Tomago” to explain how this amazing creature lays eggs his eyes nearly popped out of his head. Well, you try explaining the life cycle of a platypus after one week in a new country… After the fun of skiing it was time to get serious: three weeks of language study in the Southern city of Fukuoka. Rather than fly I figured I’d take the bullet train so as to see more of the countryside. In this way I got to see majestic Mount Fuji, Osaka, Hiroshima and see Japanese people on their way back from work or off to visit family.